The docuseries premiered in Fall 2022
WATCH THE TRAILER HERE

Debuting just prior to the 2022 Ohio State versus Michigan football game is a new documentary on sport rivalry based on the research from the Know Rivalry Project (KnowRivalry.com), a collaborative research effort co-founded by Dr. David Tyler (University of Massachusetts Amherst) and Dr. Joe Cobbs (Northern Kentucky University). Using the OSU—Michigan rivalry as a case study, the documentary leans heavily on content from the Know Rivalry Project that explores the meaning of rivalry, its antecedents, and its outcomes.

“We’re thrilled to see our research used in this way,” said Tyler. “Our goal is always to educate as many people as possible, and this film helps the findings reach a broader audience.” Tyler and Cobbs consulted with the directorial/ production group from DLP Media (ESPN 30 for 30 episodes, films for FOX Sports, NFL Media, NETFLIX, etc.) several times in 2021-2022, beginning with the early conceptualizations of the film and culminating with weeks of on-campus filming in February and March of 2022. 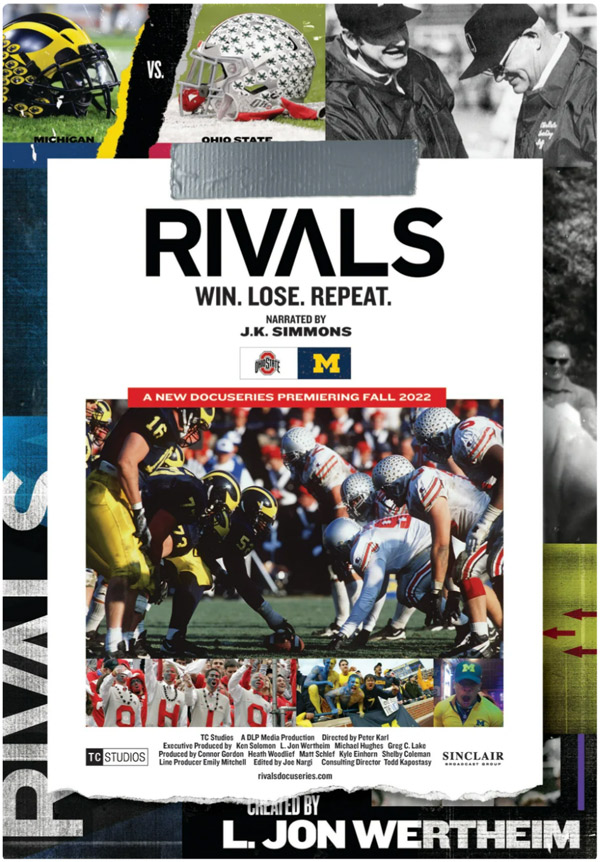 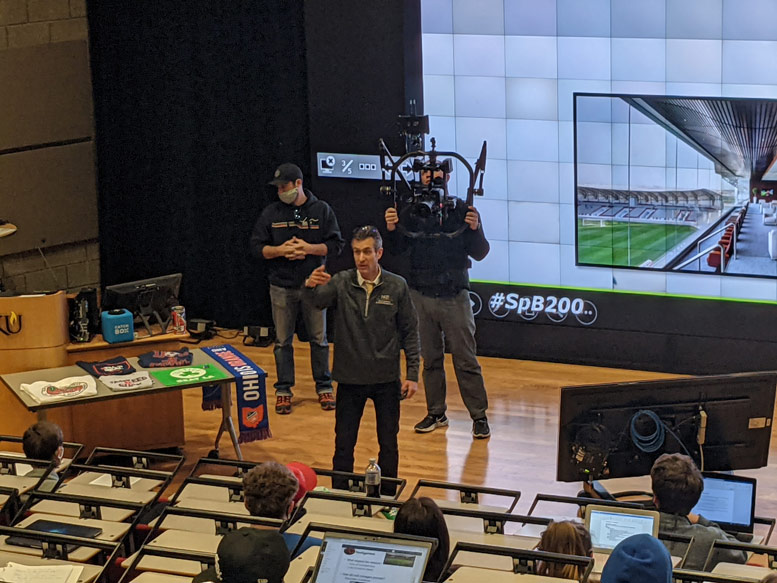 The film differs from other sports documentaries by taking a more scientific approach to rivalry.

“The movie is exceptionally well-researched,” added Cobbs. “Peter [Karl, the film’s director] wanted to understand the psychology of fan rivalry, and we were grateful for the opportunity to invite the film crew into class and share results from our last decade of work.” Cobbs and Tyler began studying rivalry as UMass PhD students in 2008. They soon formed the Know Rivalry Project to research fan perceptions of rivalry, provide guidance for industry professionals, and develop methods for teaching consumer research and data analytics to students.

(who was born in Michigan but remains a rabid Ohio State fan), RIVALS tells the story of these two elite Division I football programs through the “rivalry ingredients” uncovered by Cobbs and Tyler’s research (e.g., Conspicuous Moments, Shared Supply Pool). The film gleans the perspective of more than 30 individuals whose lives were impacted by the rivalry, including Archie Griffin, the only two-time Heisman Trophy winner; legendary players Dan Dierdorf and Keith Byars; broadcasters Rich Eisen and Joe Klatt; historians Jack Park and John Bacon; and veteran journalists from around Columbus (OH) and Ann Arbor (MI), the homes of Ohio State and Michigan, respectively.

Tyler recalls his first impression when seeing the film. “It was surreal. My kids were particularly amused that ‘the Spiderman guy’ was talking about us.” He added, “Scholarly nuances often get lost in condensed explanations, but the film is true to the research. The first 10 minutes capture concepts that Joe and I talk about every day in our classes.”

Additional information on RIVALS can be found at RivalsDocuseries.com, including program schedules and trailers. 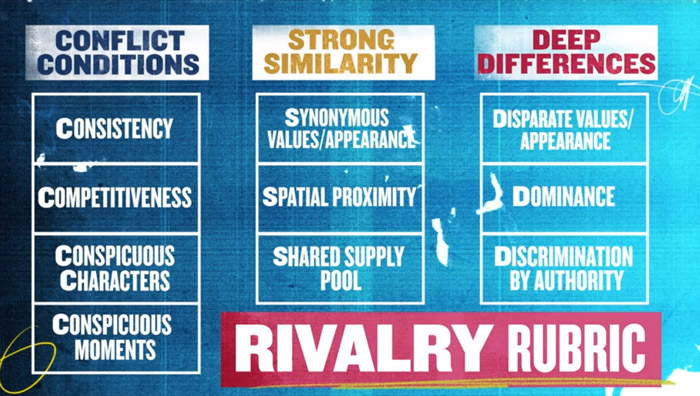 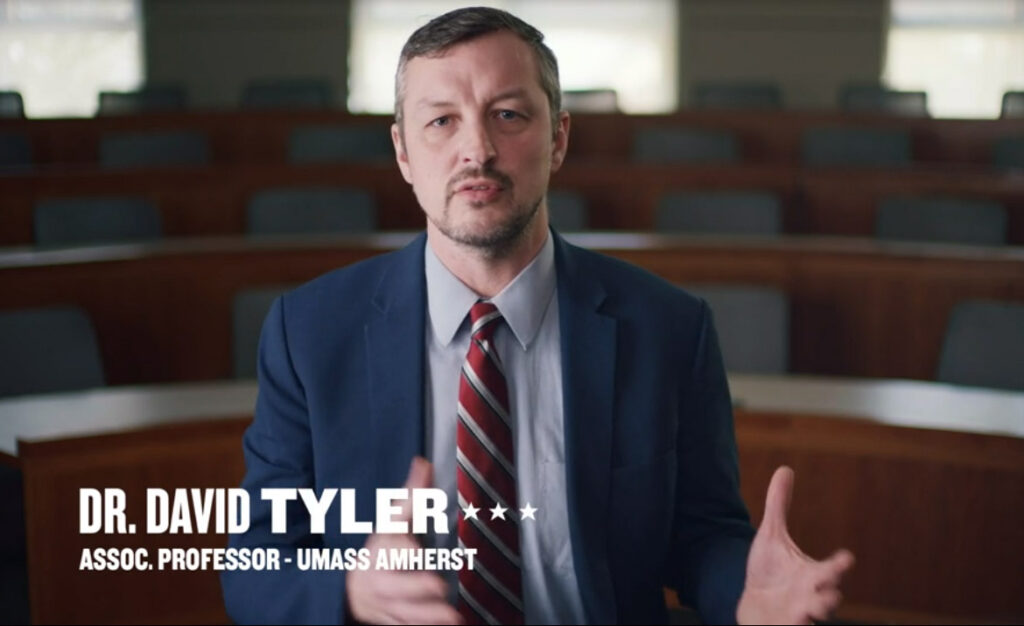 Home of rivalry research on the web. Data from over 30,000 fans. Use for research, business, fun, and curiosity. Data are free for use by others with attribution under the Creative Commons Attribution-ShareAlike license (CC BY-SA). This website and the research data displayed are not endorsed by or affiliated with any league or team. The faculty researchers are employees of their respective institutions and receive university support for their research.